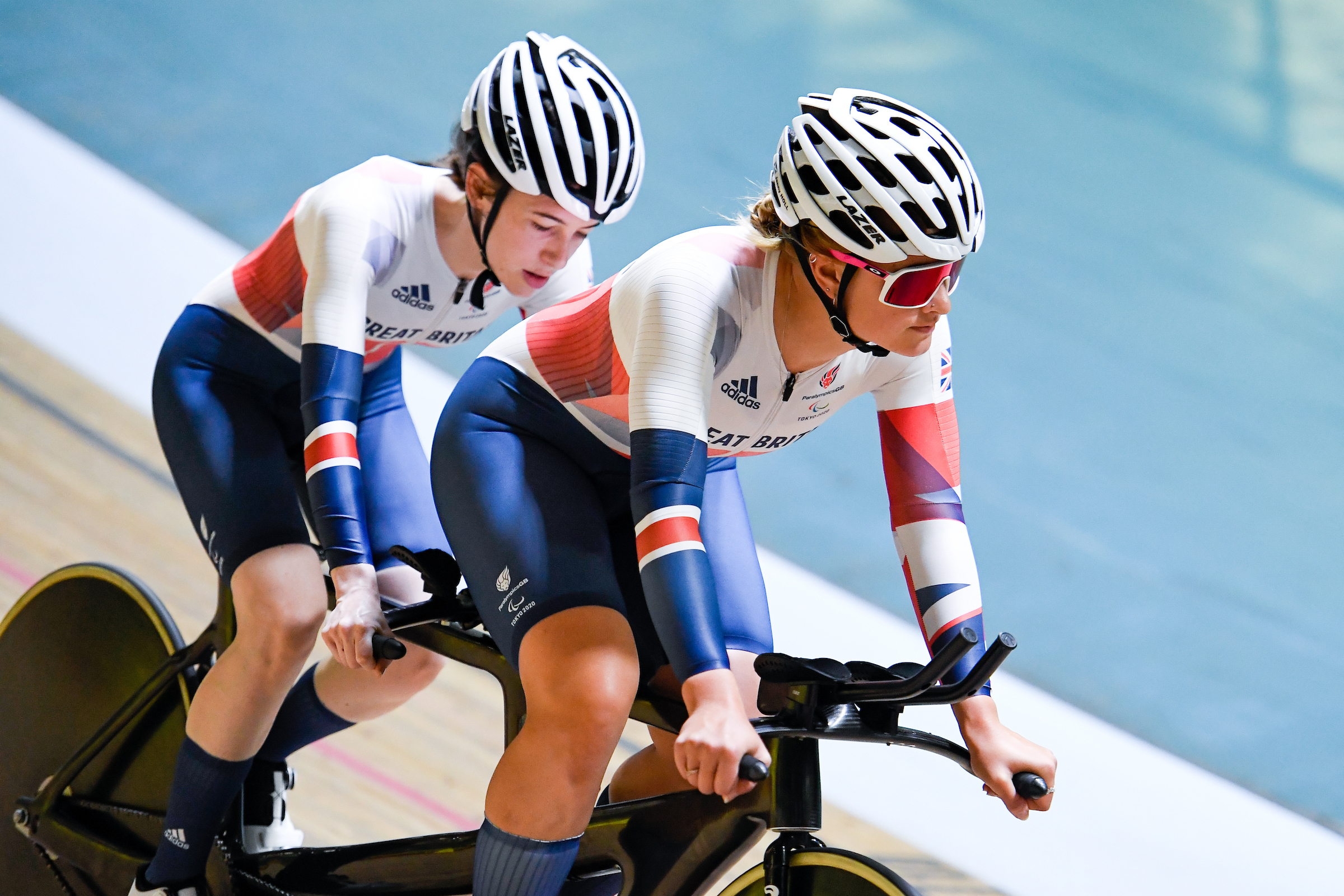 This August the Geraint Thomas National Velodrome of Wales in Newport is proud to have hosted athletes who will be competing in the Paralympic Games.

Ahead of the Tokyo 2020 Paralympic Games, riders from Great Britain Cycling Team’s Para cycling squad have been completing their final training preparations at the velodrome in Newport.

The Geraint Thomas National Velodrome of Wales has formerly been used to host the British team ahead of previous games including Athens 2004, Beijing 2008, London 2012 and Rio in 2016.

In the women’s B events (athletes who are blind or visually impaired), Lora Fachie and pilot Corrine Hall will compete in the Individual Pursuit as well as the Kilo in their third games together whilst this will be the first Paralympics for Sophie Unwin and pilot Jenny Holl. Joining them will be Helen Scott and Aileen McGlynn following the pair winning a silver medal in London 2012.

Also competing is gold medallist Kadeena Cox who will take part in the C4-5 500m Time Trial as well as the C1-5 Mixed Team Sprint, where she will be joined by Jaco van Gass and Jody Cudy. Van Gass will also be competing in the C1-3 Kilo, C3 Individual Pursuit and C3 Time Trial whilst Jody Cundy, for whom it will be his seventh Paralympic Games, will be looking to defend his C4-5 Kilo title.

Fin Graham and Ben Watson will both be representing ParalympicsGB for the first time in the men’s C3 category, along with Jaco van Gass.

Welshman James Ball said: “The whole team have very much enjoyed our training camp in Newport. The facility was perfect for our final preparations, and we head to Tokyo in the best possible shape. A big thanks to everyone at the Geraint Thomas National Velodrome of Wales for their support and I’m particularly looking forward to doing Wales proud out in Tokyo.”

Newport Live, who are responsible for running the Geraint Thomas National Velodrome of Wales, are proud to also have supported other nations competing in this year’s Paralympic Games including the team from Singapore. The men’s tandem pair, Steve Tee and pilot Ang Kee Meng, will be competing in the men’s B Individual Pursuit and the Kilo.

The Singapore team said “It’s been great working on this track. We really appreciate the facilities in the velodrome and the surrounding sports village, as well as the assistance from Newport Live in planning this camp. We definitely gained a lot from our time here, and especially from track coach Kyleigh Manners. Definitely looking forward to returning!”

Steve Ward, Chief Executive at Newport Live said “We are thrilled to have been able to welcome back the Great Britain Cycling Team’s Para cycling squad to the Geraint Thomas Velodrome.

“After having hosted the training camps for the Great Britain Cycling Team in July and seeing the fantastic results for riders including Laura and Jason Kenny, Katie Archibald, Matt Walls and the rest of the team, we hope that the Para cycling squad will also have great success.

“It has also been a great privilege to be able to support other nations competing in the Paralympic games and hope to welcome these teams back to the velodrome very soon as they prepare for the Commonwealth Games in Birmingham in 2022.

“We once again wish these athletes every success as they continue to inspire cyclists across Newport and the nation to take up this fantastic sport. If you’re interested in taking up track cycling, get in touch with our team. Who knows, you could be the next Laura or Jason Kenny.”

You can find out more about the ParalympicsGB team here https://paralympics.org.uk/sports/cycling

Olympic Cyclists Training in Newport Ahead of 2020 Games

Wheels for All, inclusive cycling programme launches in Newport