Olympic Cyclists Training in Newport Ahead of 2020 Games 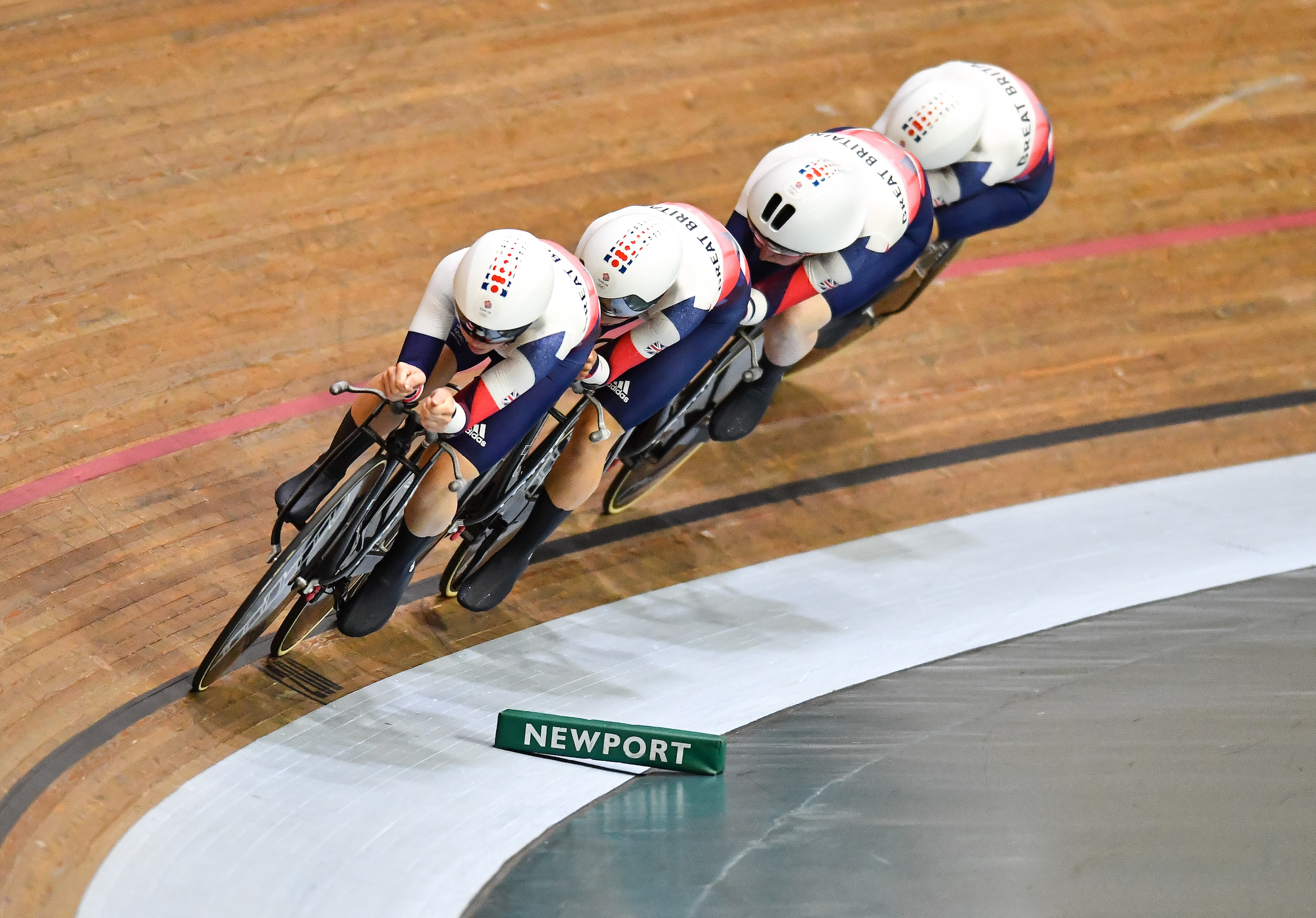 The Geraint Thomas National Velodrome of Wales in Newport has once again been home to Team GB’s Cycling Team as the track cycling athletes completed their final training preparations ahead of the 2020 Olympic Games this July in Tokyo.

The velodrome in Newport has formerly been used to host the British team ahead of previous games including Athens 2004, Beijing 2008, London 2012 and Rio in 2016 with riders going on to achieve great success at subsequent Olympic Games.

The Tokyo 2020 Olympic Games were due to take place last summer but were postponed due to the Coronavirus crisis and are due to start today on 23rd July.

The team was announced in June and includes cyclists Laura and Jason Kenny who would both make history as the most successful female and male track cyclists ever. Laura is joined in the women’s endurance squad by fellow Olympic Champions Katie Archibald and Elinor Barker as well as Neah Evans and Josie Knight.

After having achieved bronze at the Rio Olympics in 2016, Katy Marchant returns to represent Team GB in the women’s sprint events.

Elinor Barker said: “It’s been brilliant being back training in Newport, it’s where I first started track cycling so it feels really fitting to be back here finalising preparations for Tokyo. We had our holding camp here before Rio as well, and it worked really well for us, and I know the team have used it in previous Olympic cycles too and enjoyed success after. Everyone working at the Geraint Thomas National Velodrome have been helpful and supportive, which has meant we have had some quality sessions in the final two weeks before we leave for Tokyo.”

Steve Ward, Chief Executive at Newport Live said “It has been fantastic to finally be able to welcome the Great Britain Cycling Team back to the Geraint Thomas Velodrome after a challenging year that has seen the postponement of the Olympic Games.

“We are so proud to have been able to support Team GB with their final training preparations prior to the games. This continues our important work to support elite and professional sports people, demonstrated during our forced closure due the pandemic, when we worked hard to allow professional cyclists, swimmers and other athletes to continue their training.

“This work will continue as we also look forward with great excitement to welcoming Great Britain Cycling Team’s para-cycling squad who also join us later in the year ahead of the Paralympics at the end of August.

“Unfortunately, unlike in previous years, its disappointing to not be able to welcome customers to watch the teams train but the safety of the athletes and our customers during the current climate is our priority. I am confident that they will inspire us once again but this time only from Tokyo rather than being able to cheer them on in Newport as a dress rehearsal.

“We wish all of the Team GB athletes every success at the games and hope that they inspire the next generation of athletes to take up this fantastic sport, they have certainly been flying once again on our velodrome track here in Newport”.

You can find out more about Team GB here https://www.teamgb.com/

British National Youth & Junior Track Championships 2022 to be hosted in Newport this Summer!