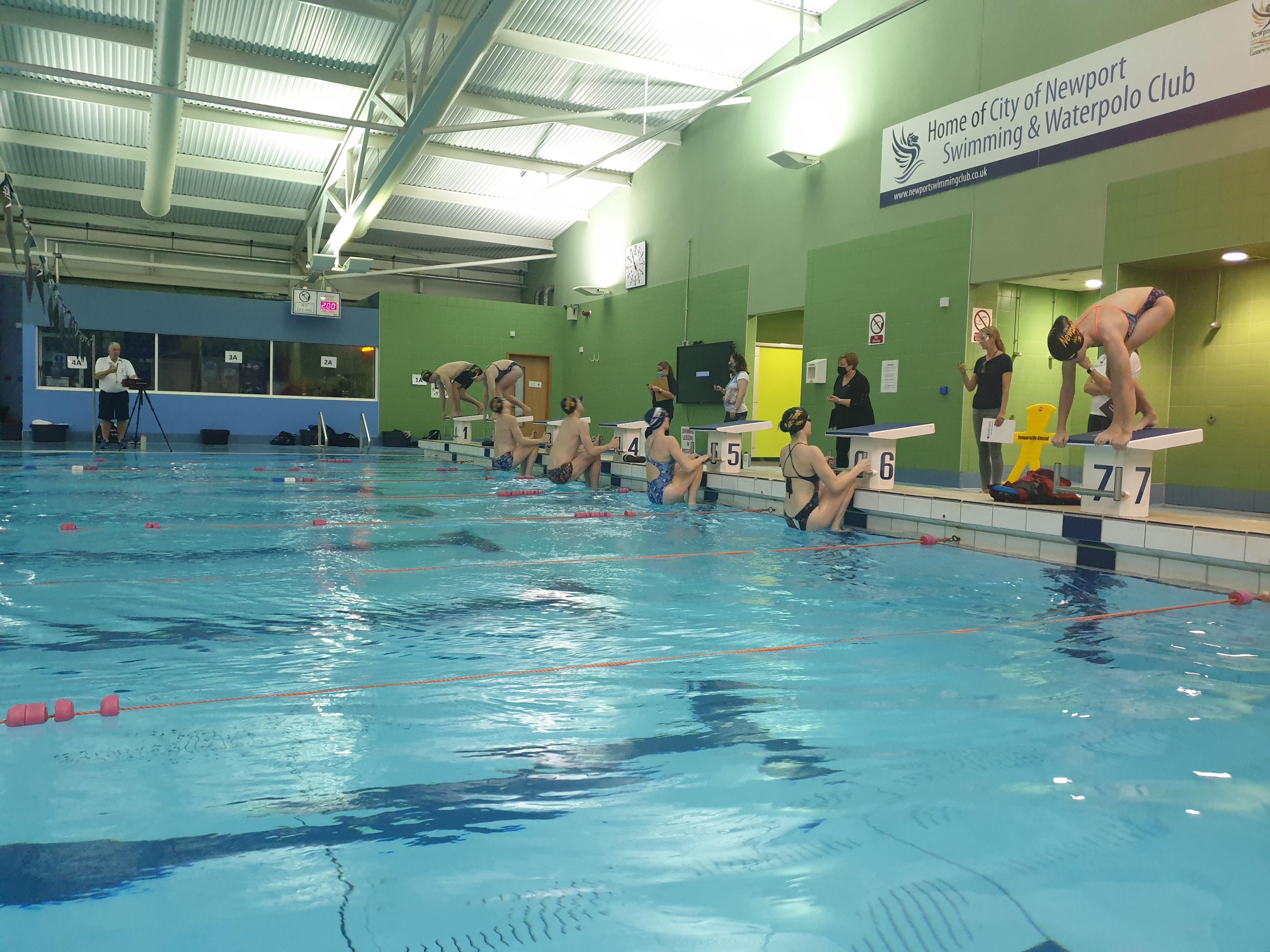 2020 has been a year of uncertainty for the world of competitive swimming due to Covid-19 and the subsequent restrictions placed on everyday life, in particular on the sporting world.

Prior to this, the City of Newport Swimming Club trained over 20 hours a week and competed across the country which had included a trip to the London Aquatic Centre for the Olympic Trials in April 2021. Much like the rest of the UK, swimmers found themselves confined to their homes during the first national lockdown and when restrictions were lifted the return to the water for swimmers was in a vastly reduced manner. During the first lockdown swimmers maintained their fitness levels by doing up to 6 sessions a week of general fitness work at home whilst the partnership established between Torfaen Dolphins and the Club ensured swimmers would be able to access swimming facilities when a local lockdown in Newport was in force to help them maintain their performance levels.

It is therefore great to see so many Club swimmers, despite such uncertain times, gain recognition for their outstanding achievements and performance level by being selected onto the National Squad Pathway:

On a competitive note, despite it not being possible for the City of Newport Swimming Club to partake in competitions due to Covid-19 restrictions, they have competed in a series of virtual competitions, the Swim Wales Super Series.

City of Newport Swimming Club Head Coach James Goodwin said, “We have currently completed the first 2 rounds and will complete the third round just before Christmas. It is amazing to see all the swimmers racing and getting back to doing what the love. It has been great to see how they have progressed from round 1 to round 2 already”.

The Series provides swimmers the opportunity to identify areas of their technique or performance that need improving ahead of the British Swimming Championships which will also double up as Olympic Trials at the London Aquatic Centre in April 2021.

There are still ongoing challenges within the world of competitive swimming as many swimmers have to self-isolate due to positive tests in schools, nevertheless, the City of Newport Swimming Club will return in 2021 swimming stronger than ever.

Update on our Facilities - March 21

Join the Newport Live Board